Your place to get free tips and tricks for using Microsoft Office and Windows.

I don’t think I need to discuss in depth the issues that users have had when migrating to the Microsoft Windows 8.0 and 8.1 operating systems. It was meant to be a new approach and unfortunately, users were just not amused at the new interface. Having said that I had used Microsoft Windows 8.0 on […]

How to use a Placeholder in PowerPoint 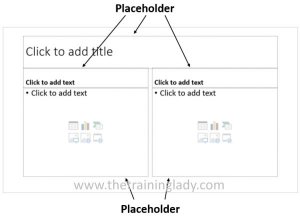 The reference “placeholder” is used in Microsoft PowerPoint to identify the boxes on a slide represented by a dotted external border. Placeholders are specifically used to position different types of content on the slide. A placeholder in PowerPoint makes it easy to move and adjust the location of the elements they contain. Most commonly, placeholders […]

How to set your own photo as your Desktop Wallpaper 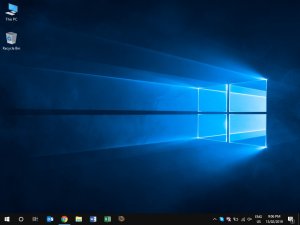 Let’s talk wallpaper! Just to be clear, I’m not referring to the type which you might find stuck to a wall, I’m talking about that desktop area of your computer which you can customise with your favourite photo or piece of art. Over the years, the Windows Desktop has progressed through some boring and plain […]

Share this:
We use cookies to ensure that we give you the best experience on our website. If you continue to use this site we will assume that you are happy with it.Ok