Free tips and tricks for using Microsoft Office and Windows

How to tell which version of OneNote you have

The two desktop versions available are:

OneNote for Windows 10 is available for free via the Microsoft Store. If you have a Microsoft 365 subscription, you will also have OneNote Online.

If you have lost access to OneNote 2016 after installing Office 365 or Office 2019, reinstall via this Microsoft article.

The first option is to check which version of Microsoft OneNote you have via the Start menu. The Start menu should display all programs which are installed on your computer. 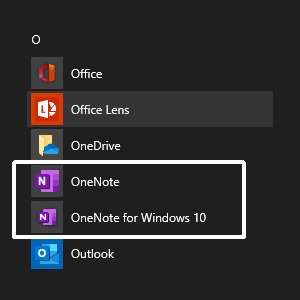 Check OneNote version within the program

Both versions of the program look different, so it is easy to see visually which you have.

OneNote 2016 is the original desktop version of OneNote. It runs on Windows 10 and older operating systems, and can be used independently or as part of Microsoft Office 365 or Office 2019. You can download OneNote 2016 for free. 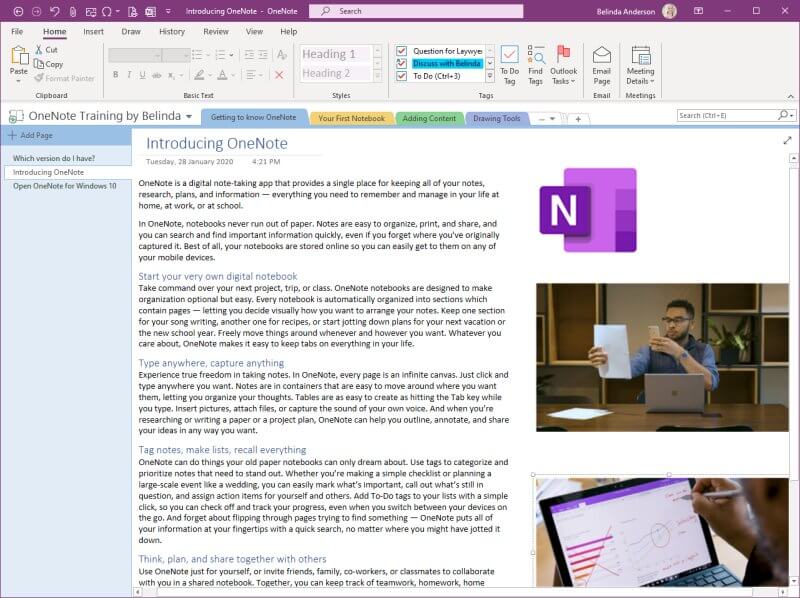 OneNote for Windows 10 has a sleeker appearance and does not have the familiar ribbon at the top. The section tabs appear down the left-hand pane with pages displayed parallel to them. 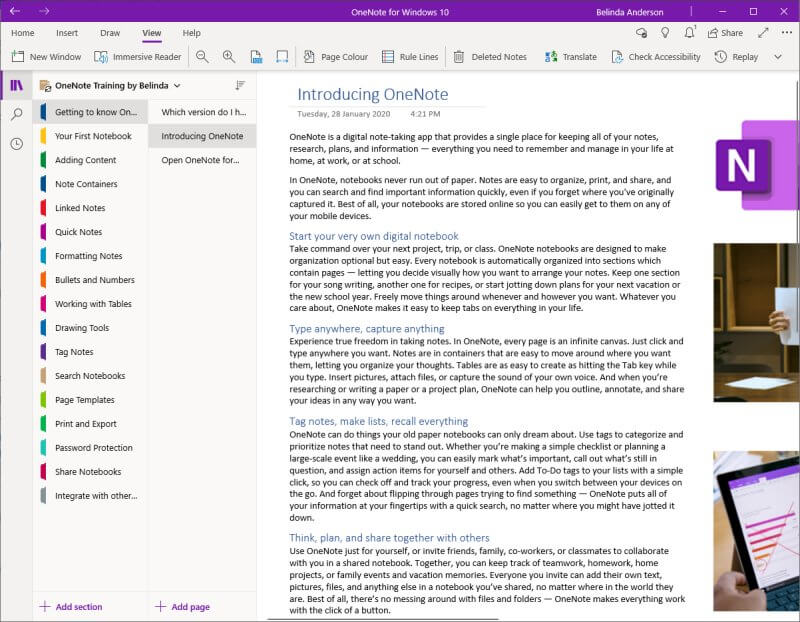 Whichever version of OneNote you have and decide to use, make sure you have quick access to it. Pin it to the taskbar so that you no longer need to find it in the Start menu.

This site uses Akismet to reduce spam. Learn how your comment data is processed.